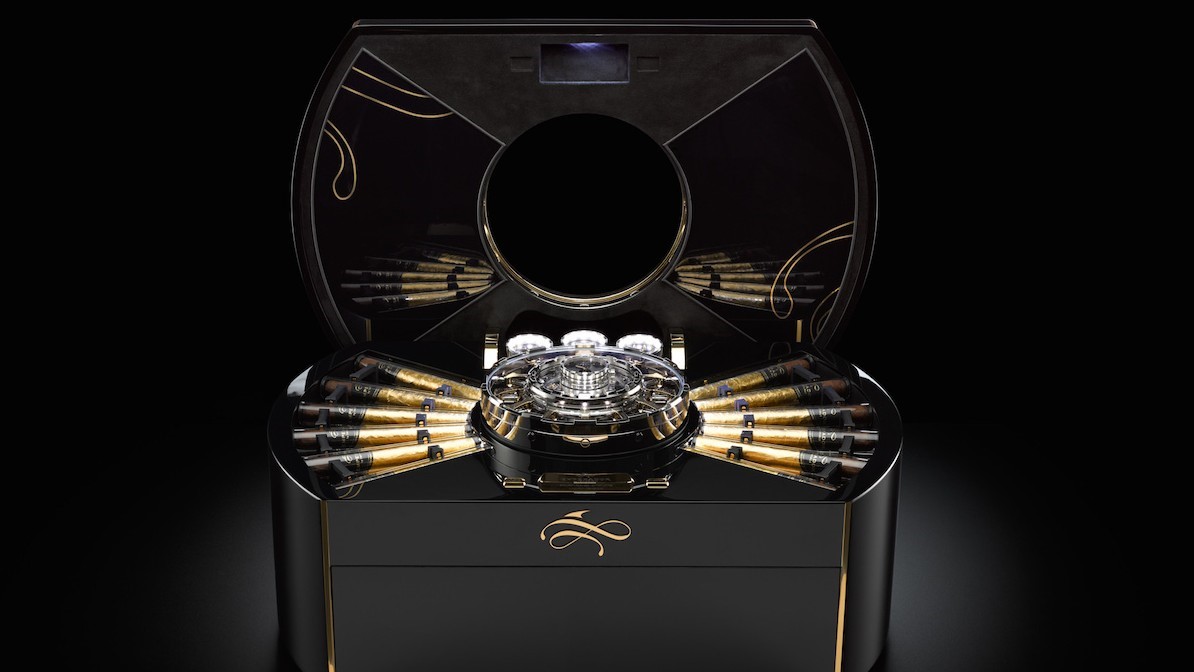 Today in Geneva, Imperiali Genève unveiled a monumental work of art and elegance: the Emperador Cigar Chest. The cigar chest – created in a limited edition of just 12 pieces annually – carries a hefty price tag of just over $1 million, but for those in the know, it actually may be a bargain.

A blend of cutting-edge technology, high-tech mechanics, luxurious indulgence and Swiss made ingenuity, the Emperador Cigar Chest consists of more than 2,600 parts and can digitally cut the cigar and light the cigar. It also holds 24 gold-leaf-rolled fine Grand Cru cigars in individual glass tubes (which can be interchanged with other cigar brands at the owner’s will). The tubs are electronically monitored, so that the box tracks the number of cigars left at all times. 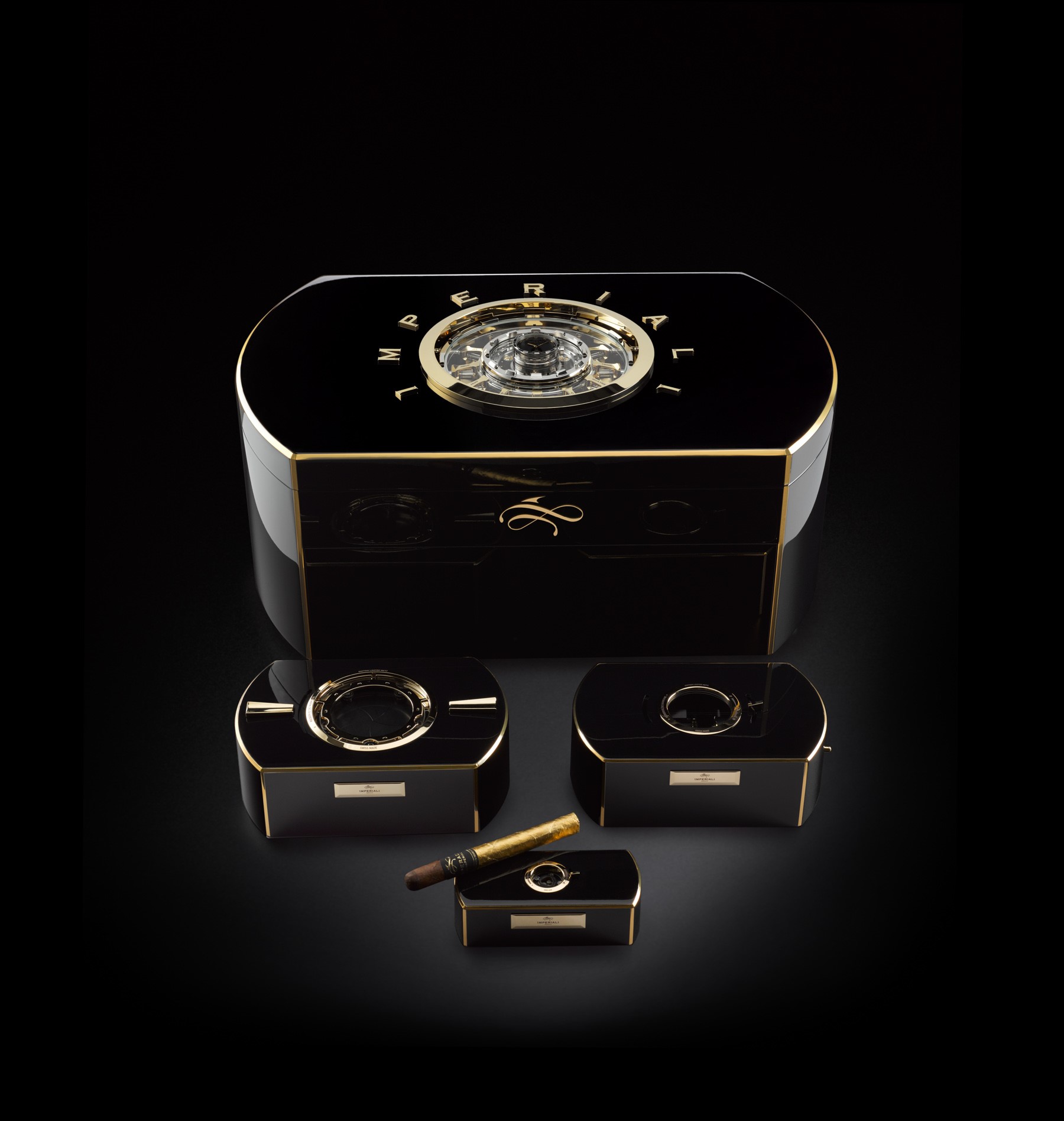 Operated by sensor and touch, the case is protected by a secret personal code. While the lock and the tourbillon watch are visible from the outside, the chest’s precious contents – that also include an electronic ashtray and table lighter with three nozzles — are hidden within.

Of all of the accessories within the chest, the cigar cutter is the most advanced, offering a choice of either cutting the cigar via a guillotine method, or perforating it via a punch – in different millimeter seizes. To execute these two operations, six different movements are required. 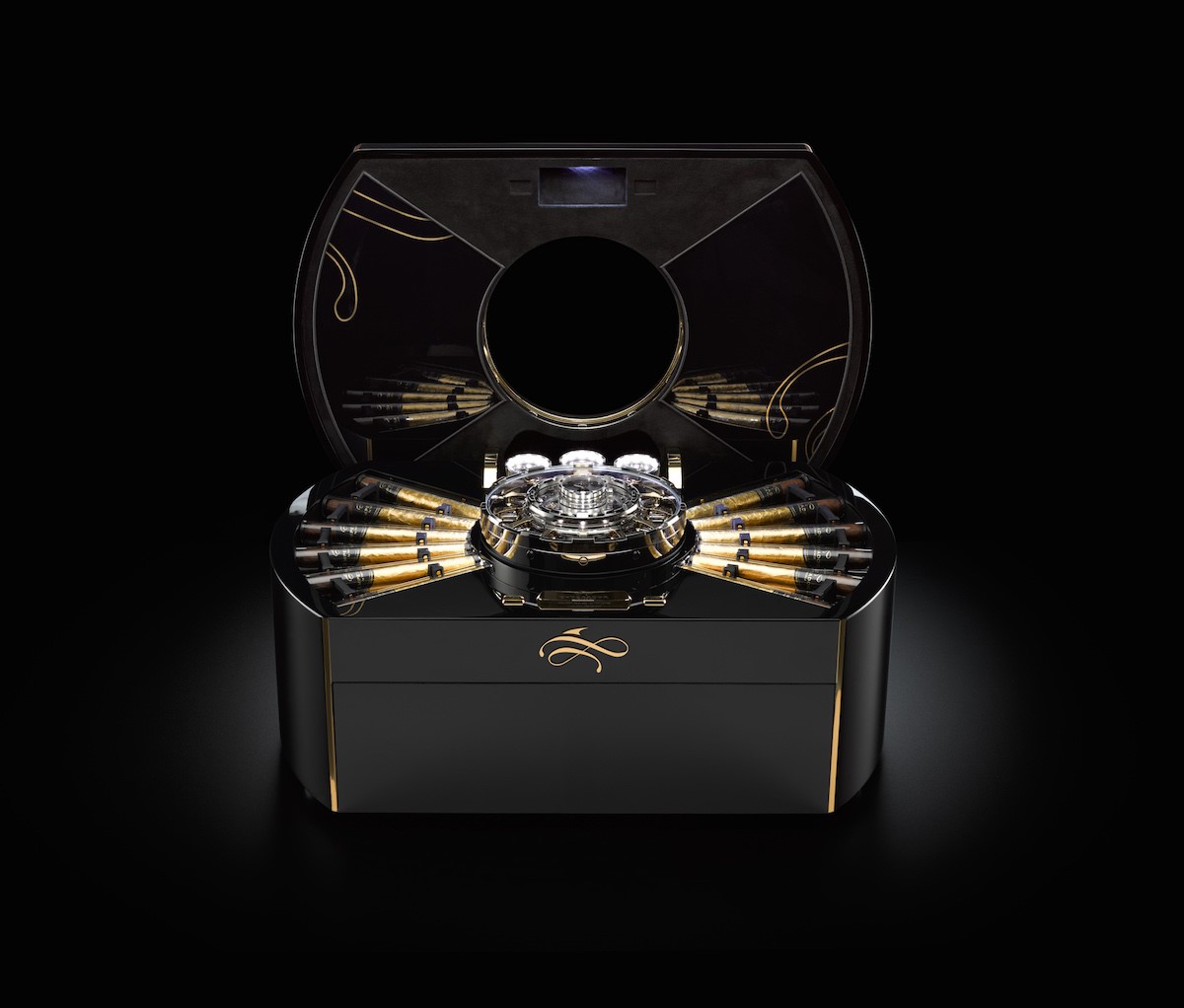 Figure 3. The case holds 24 specially made cigars, each wrapped in four gold leaves.

While it is all technically advanced, it is also truly amazing. Watching the entire box open, revealing all of its secret parts – each a wonderful experience in and of itself – is like a carefully orchestrated dance of discovery.

More than 18,000 hours of work went into the development of the chest over a span of more than two years. Exactly 27 different crafts are utilized in its making, thanks to approximately 100 different craftsmen. 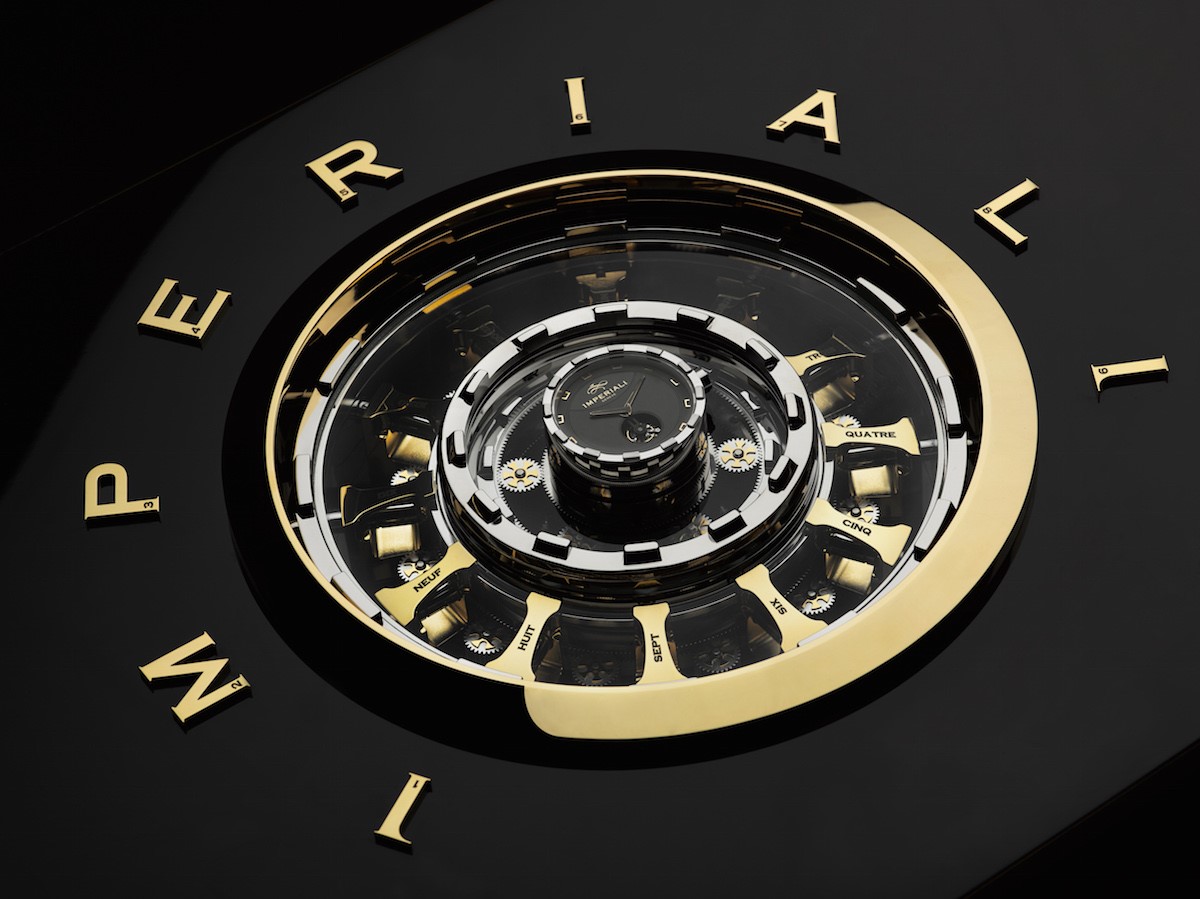 Sitting atop the stunning chest is a tourbillon watch, made of 323 parts and featuring a black lacquered Clous de Paris guilloche dial. The one-minute flying tourbillon watch, with 80 hours of power reserve, is entirely hand produced by Fabrice Thuler of Swiss Finest SA, in the Swiss Jura. However, because the tourbillon is placed in a mostly stationary object, it could not be fitted with an automatic caliber. Instead, it is a manually wound movement created wit hits own ingenious winding system that operate has crown and keeps the watch constantly wound. The electronically driven system limits the torque to guarantee sufficient power at all times.

An experience for all five senses, the chest is a feast to the eyes. Measuring two-and-a-half feet in length, it is a foot high and 18-inches wide – an impressive accent for any grand room. The chest is made of a variety of top-quality materials, including glass, Alucobond®, Alucore®, composite fibers, aged aluminium and a high-resistance aluminum-zinc-copper alloy. It also utilizes aerogel, a substance used by NASA to protect spacesuits. Finally, a host of different surface treatments that utilize nickel, palladium and rhodium (among other elements) polishing are applied. 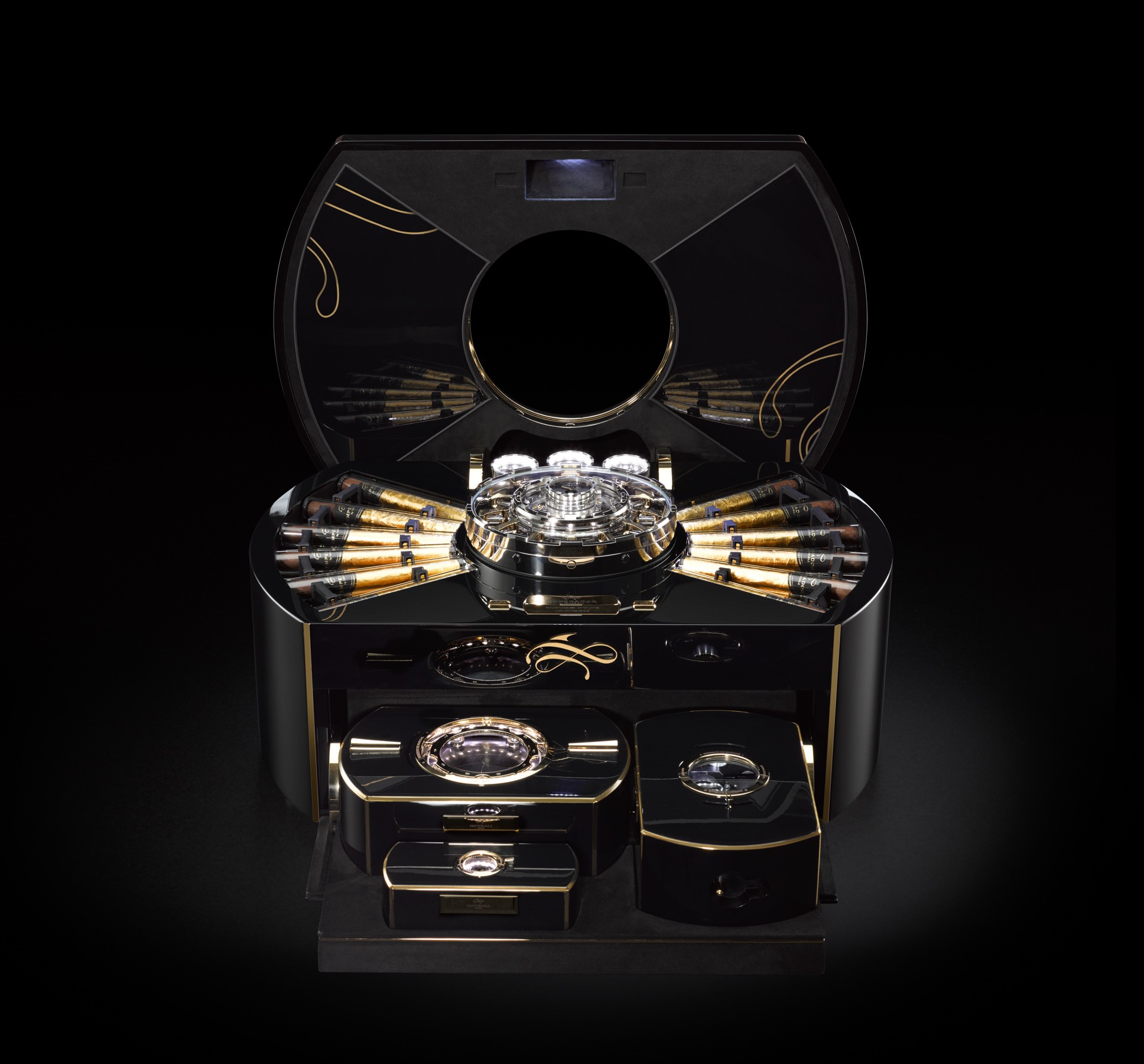 Figure 5. The chest features a drawer within which the accessories reside. Each is a technically advanced system of electronics.

Naturally, being a cigar chest, the Emperador displays, in real time, the humidity and temperature inside the chest, the power reserve (as it must be charged if not plugged in) and more. The humidity system is a self-regulating system developed by Imperiali Genève, and guarantees a constant humidity level of 70 percent and a temperature of 16-18 degrees Celsius regardless of the external environmental conditions. (Of course, the owner can change these variables if he or she so wishes.)