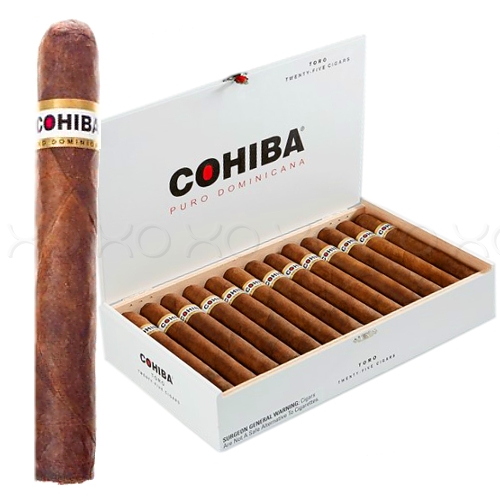 Description FREE SHIPPING available! Check for [ XOFREESHIP ] in Styles/Shapes/Sizes: list.
Cuban Cohiba's origins trace back to the middle 1960s, when a bodyguard of Fidel Castro shared some of his private supply of cigars made by a local artisan named Eduardo Ribera. These cigars pleased Castro so much that a special production of the unbranded blend, produced under tight security, was made for Castro and other top government officials. As Castro himself recalled the tale in 1994: "I used to see the man smoking a very aromatic, very nice cigar, and I asked him what brand he was smoking. He told me that it was a special blend, but that it came from a friend who makes cigars and he gave them to him. I said, let's find this man. I tried the cigar, and I found it so good that we got in touch with him and asked him how he made it. Then we set up the house [the El Laguito factory], and he explained the blend of tobacco he used. He told which leaves he used from which tobacco plantations. He also told us about the wrappers he used and other things. We found a group of cigar makers. We gave them the material and that is how the factory was founded. Now Cohiba is known all over the world."